In the context of the Year of the Consecrated Life, an International Congress for formators of Consecrated Life entitled “Living in Christ according to the way of life of the Gospel; Formed to the consecrated life in the heart of the Church and the world “, was held in Rome from 7 to 11 April 2015.

Organized by the Congregation for Institutes of Consecrated Life and Societies of Apostolic Life (CIVCSVA), it was the second international meeting of 2015 to be held in Rome among the many initiatives under the program that CIVCSVA, accepting the directions and wishes expressed by Pope Francis. The first of these was held 22 to 25 January 2015, and was an ecumenical meeting between consecrated men and women belonging to different Christian churches. The third will have the young consecrated as target, summoned to Rome for an international workshop to be held September 16 to 18, 2015.

Ever since the publication of the program of the Year of Consecrated Life, in fact, Congress was presented as a good opportunity for continuing training for trainers who wish to take advantage. And, indeed, this ecclesial event was truly a fruitful training opportunities, exchange and fellowship for participants Oblates. The Missionary Oblates of Mary Immaculate were granted 11 seats in 1300 participants. For logistical reasons, given the high number of acceptances received, the CIVCSVA has, in fact, reserved the decision to determine how many trainers for each religious congregation could participate, according to criteria of origin and number of members of each Institute. so in the end only the Oblates who had made the first such recognition could participate, while others have had to give it up. Besides the three trainers of the International Roman Scholasticate – p. Mario Brandi, p. Joaquin Martinez p. Jude Saparamadu – were present p. Ron Laframboise (United States), p. Joseph Phiri (South Africa), p. Gaby Kinze (Congo), p. André Ndéné (Senegal), p. Wojciech Popielewski (Poland), p. Nobert Wilczek (Germany), p. Giuseppe Rubino (Italy) and p. Józef Wcisło (Poland).

From the first hours, despite the high number of participants, it has experienced an intense atmosphere of brotherhood and joy that accompanied all the experience of the Congress. The numbers can make sense of the ecclesial value of this event: 1300 trainers, coming from 108 different countries, belonging to 450 different charisms. The participants were divided into “tables”, or in mixed communities (8-10 people) who took part in the work of Congress while sitting around a table, place of sharing and friendship. To support the fraternity has greatly helped the simplicity with which both the Cardinal Prefect of the CIVCSVA, João Braz de Aviz, the Secretary, Monsignor José Rodríguez Carballo, they related with the participants, “losing” time in listening and nell’intrattenersi with those encountered during the day. In addition to the interesting papers entrusted to experts from different continents, the Congress also included the participation in one of the many workshops on interesting current topics, such as “the role of the community / fraternity in training”, “accompaniment and discernment in the initial stages of education “,” training affectivity in time of sex scandals “,” training in communications in the digital age “,” the poor, training agents “,” the challenge of the evangelical counsels in the context of modern anthropology ” “formation in the shared mission” and so on.

Some recurring themes, almost guiding ideas of the whole Congress, were:

– Ongoing formation as “idea-mother”, or teaching precondition of all initial training. “Education is the action of the Father who seeks to form in us the feelings and sensitivities of the Son. A formation that has this goal can only last a lifetime: it is the idea of continuing education. But the training is not something that comes after, that is, after the formation of so-called institutional or initial, as if the formation journey through life was something less real and effective. On the contrary, continuing education is what comes first, that is the premise and foundation of the entire educational and pedagogical project route of each stage of initial formation. Purpose of the initial training is, therefore, form the willingness to let oneself be molded by life (docibilitas), that is, the availability of “learning to learn”, to let themselves undermine by life itself, in all its seasons. Must be prepared to this -ribadivano P. Cencini and later Mons. Carballo – helping to recognize and work on all those fears, stiffness, suspicion, resistance with which we usually defend ourselves from reality, from the other, only to no longer hear the reality itself the mediation training action of the Father “;
– The educational relationship as “fundamental” instrument of education, paying attention to form the heart and not just the attitudes;
– The importance and necessity of continuous training of trainers;
– The importance of human formation as support, without fear, to the spiritual, theological and charismatic and psycho-spiritual integration processes, starting from the initial stages;
– Delicacy and importance of the educational ministry requires, now more than ever, a “full-time commitment”;
– Educate to a spirituality of communion to build on a solid foundation the Church of tomorrow.

The audience with Pope Francis has been a highlight of the experience moment of joy lived in those days. Here is an excerpt of his speech that touched points are very dear to the spirituality of the Oblate: “Consecrated life is beautiful; It is one of the most precious treasures of the Church, rooted in the baptismal vocation. And ‘therefore a nice thing to be trainers, because it is a privilege to participate in the work of the Father, which is to form the heart of the Son in the Spirit who calls. Sometimes you may feel that this service as a burden, as if to take us away from something more important. But this is a deception, is a temptation. The mission is certainly important, but it is equally important to train for the mission, forming the passion for the proclamation, forming the passion to go anywhere, in any suburb, to announce to all the love of Jesus Christ, especially to those who they are far away, to tell about the young and the poor, and let also evangelized by them. This requires a solid foundation, a Christian personality structure that the family rarely can give in these our days. And this increases your responsibilities. ” “Know that if at any time you feel that your work is not sufficiently appreciated, know that Jesus is following you with love and the entire Church is grateful to you!”

The Congress was undoubtedly a significant experience that we hope will help the men and women pledging consecrated in the ministry of education to “live the present with passion and to embrace the future with hope”, especially after the consoling words of the Prefect and Secretary of CIVCSVA have dismissed the participants:

“Dear Formators, the Church loves you, appreciates you and pray for you. Without your service consecrated life could not exist, or would have an uncertain future. Without your patience and your discernment of God’s people would risk not to see that street light that can shine in a world that passes, the final world transfigured by the Beatitudes. “

Images around the world 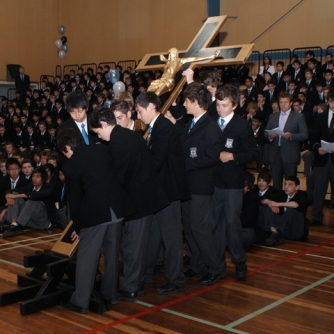 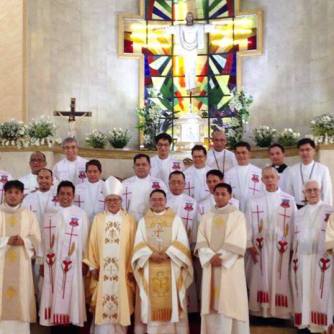 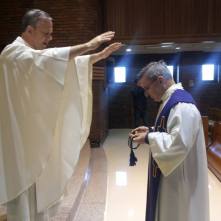 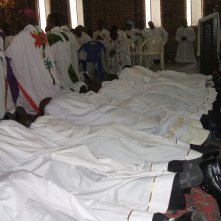 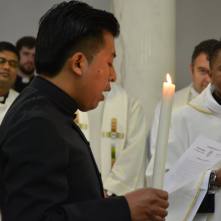